Have you ever considered a Career in Sewing? Do you dream of ditching the 9-5 and pursuing your creative dreams? In this blog series we will be posting interviews for a range of different sewing jobs to give you a taste of what possibilities are out there. Today we interview Alex Bruce who is a costume designer for TV and theatre productions, has a YouTube channel called Sew Happy Alex and is also co-founder of Selkie Patterns. 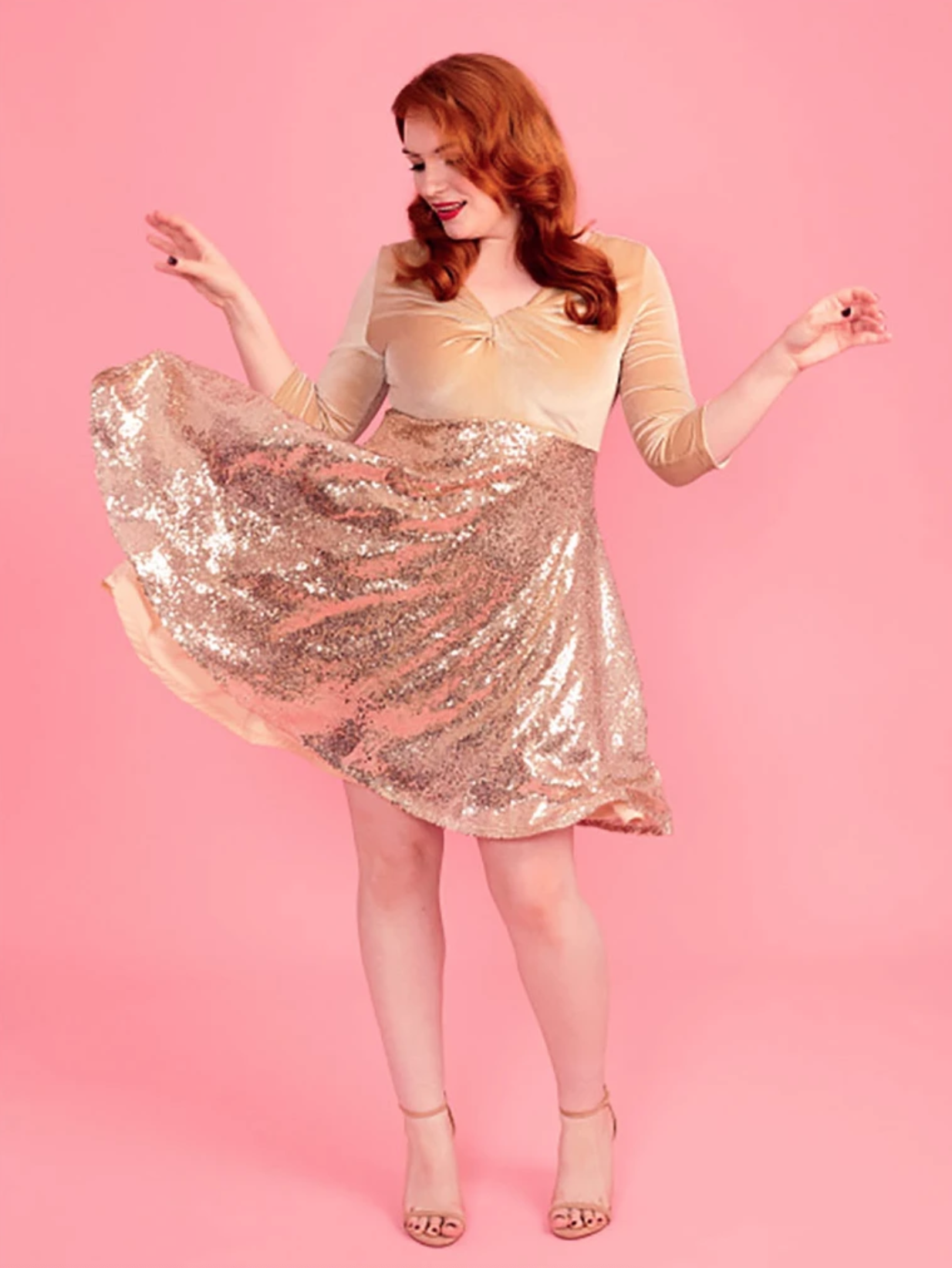 You may recognise Alex here modelling the Joni dress from Tilly and the Button’s latest book, Stretch!

What is your background and how did you first get into sewing?

I have worked as a costume designer on Fringe productions as well as in the costume departments for TV, ballet and theatre. I started my training with an arts foundation course at York College and went on to the University of the Arts London to study Costume Design for Stage and Screen at Wimbledon College of Art. After I graduated I went to work from job to job in everything from filming period dramas in creepy old churches to making hundreds of pom poms for the movie Pan to working on Disney’s The Lion King as a Wardrobe Assistant. Between my costume jobs I have also worked as a stylist for luxury brands and for British designer Lulu Guinness.

I have just finished working as a dresser for the costume department at Les Miserables which has been by far my favourite show to have worked on as well as setting up a pattern and fabric company with my best friend and fellow costumer Caroline. 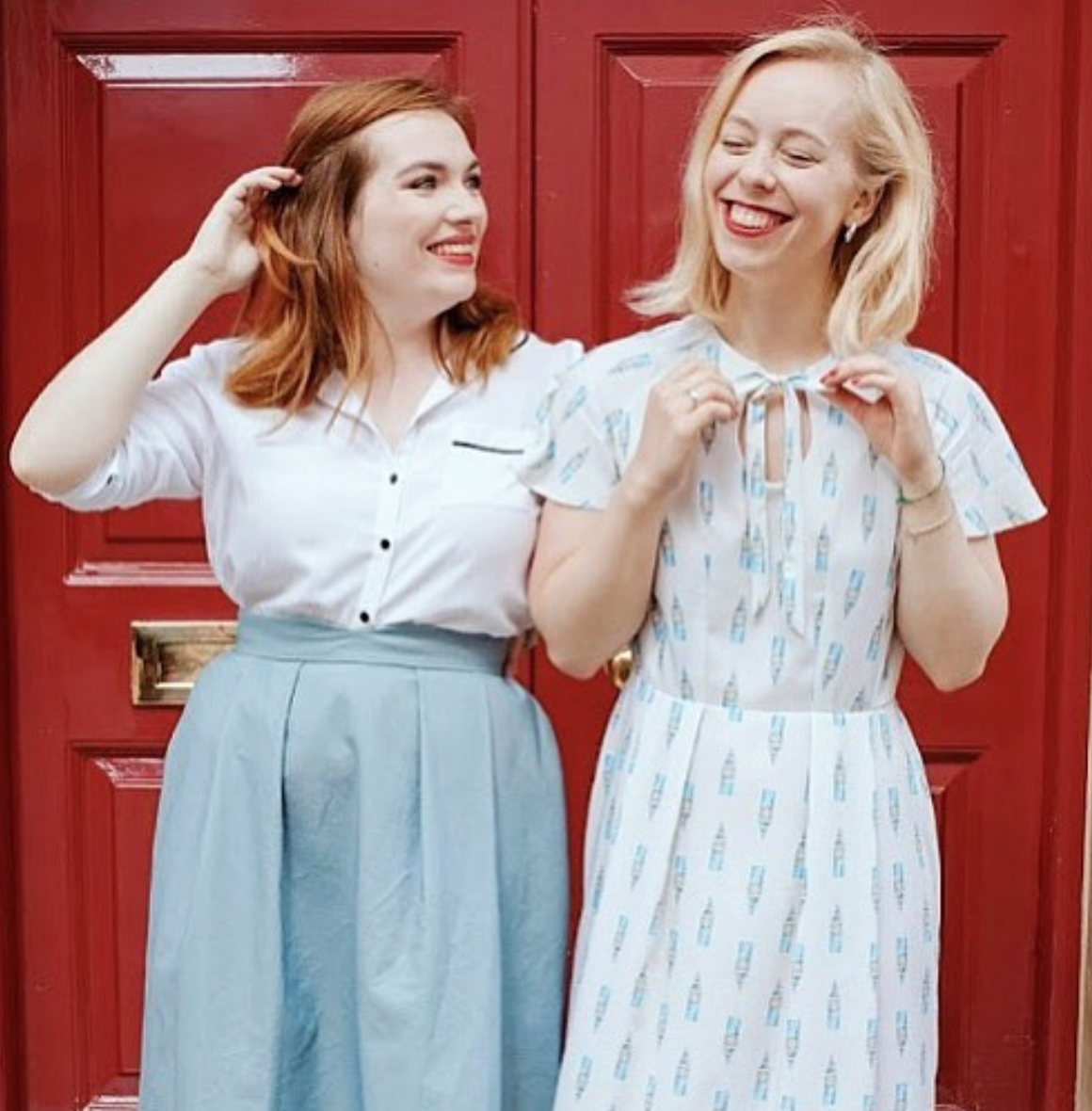 Can you tell us about your job and where you work?

Working as a dresser at Les Miserables I was responsible for the care of hundreds costumes as well as setting costumes for the show itself. I worked closely with my assigned actors who are part of the male ensemble, they cover a variety of characters each with there own look and set changes. I dressed every show making sure the costumes are kept to a high standard as well as setting the correct costumes for each scene.

Each change is different from the other and you have to have a very clear eye for detail. For example the show has 4 different types of military guard jackets per actor and they are all blue.. but one has to be worn with a bicorne hat and the other a tricorn, some with cross leather straps and some with out. There is a lot to learn so the more you already know about historical dress the better.

Dressing is an amazing job to see how a real show works in terms of costumes and how costumes should be made. Some costume changes are so fast you don’t even have time to think, so each costume is made to reflect the time in which it needs to go on and come off. Keeping the costumes looking their best is one of the most vital roles, checking the linings and overall fit as well as the condition of shoes and hats. Period costumes are very expensive and are handmade in London by the finest costume makers using the most incredible materials so the costumes need to have the longest life possible. This is how theatre differs to film as it has a big “make do and mend” mentality which falls in line with my own ethics. Les Miserables is the longest running show in the world and each show sells out. The standards are very high and this is the most detailed and challenging show I have ever worked on. Every day was filled with the most amazing and hilarious moments there was nothing like working on this show – there were a lot of “pinch me” moments!

What do you do in a typical day?

It varies day to day and show to show what your typical day looks like. When I was a wardrobe assistant on the Lion King two show days would start at 10:00am and I would look at the list, made the night before by the dressers, of any costumes that need fixing and repairing or shoes that need stretching etc.. I then make my way though the mending list repairing costumes from a ripped seam, to patching, beadwork and dying. After my sewing shift I would set the costumes for the show substage and in the quick change areas.

The show will start and you oversee each costume change as well as checking the costumes for any repairs or upkeep. It is key to have a sewing tool belt with things like ready threaded needles and safety pins as with any live show – you never know what will happen.

On one opening night for a show I once had a cast member run towards me with a with a costume malfunction l never believed possible. He had ripped the crotch of his trousers so badly that they where no longer deemed trousers. In moments like this you have to act quickly so I changed him into the trousers he needed for the next scene. Yes they where a slightly different colour than his original split ones but he got back on stage seconds later and the audience wouldn’t even know!

When the show finishes you collect any laundry to wash have dinner then reset the whole show again but its never really the same!

What are the best and worst bits?

The best thing about my job is seeing how costumes can aid an actor in their performance. This really comes to life in fittings as it can be rather nerve racking for the actor but as soon as they are in their costume you can see them get excited, move differently and stand tall!

Theatre can be a very challenging industry to work due to its long working hours. Working evenings and weekends means that you often miss out on seeing friends and attending events. 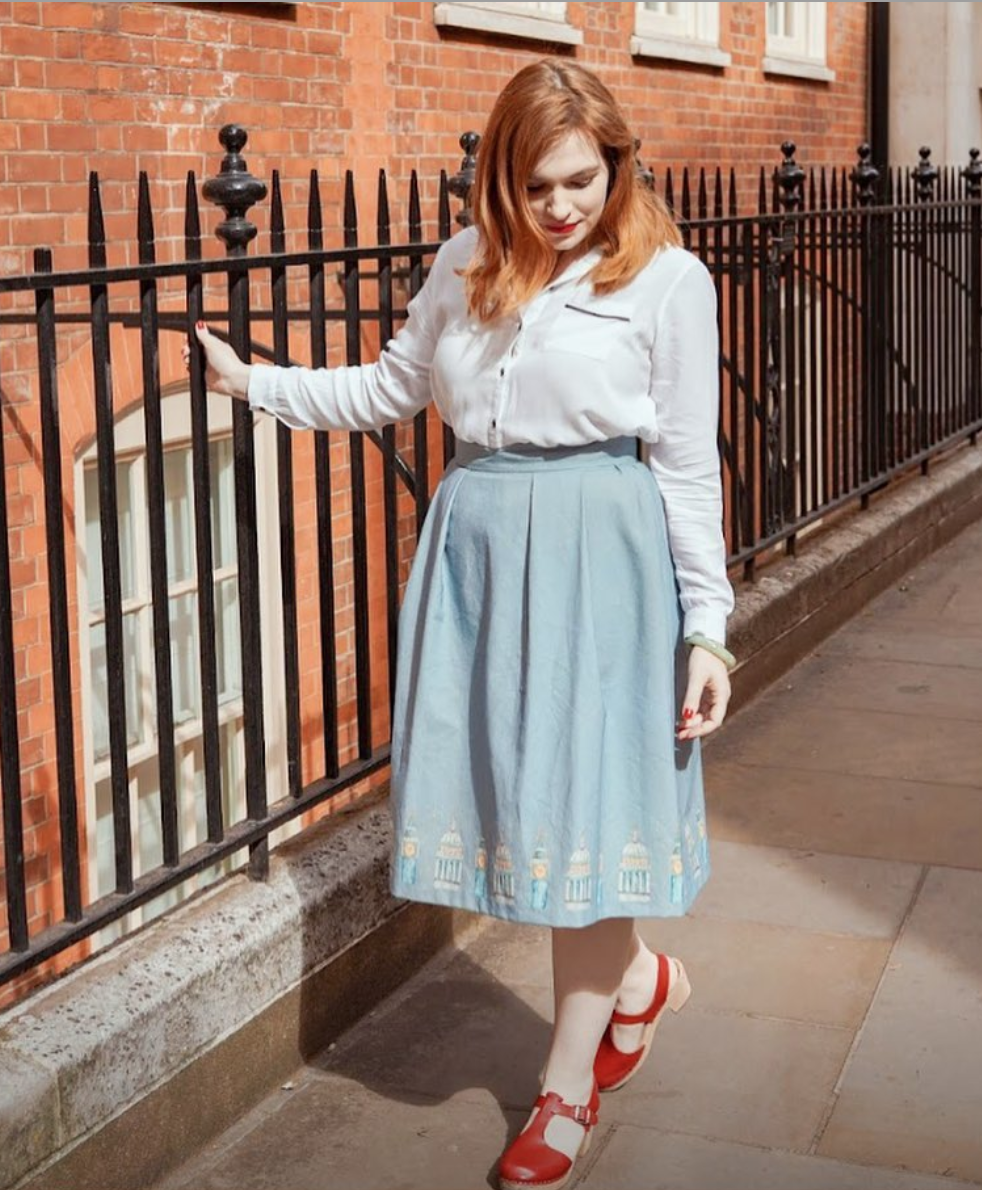 Did you always want a creative career?

I have always pursued a career in the creative arts. I loved art, textiles and fashion which I studied at school and these where subjects I not only enjoyed but excelled at. My school was very academic and being extremely dyslexic I found this to be a little intimidating and even frustrating. However my teachers could see my passion for costume and textiles and really helped paved the way to help me achieve my goals. I also had an amazing textiles teacher who would organize trips to the V&A and the Tate which was a big deal coming from a village in Yorkshire. I went to my first open day at UAL when I was 14 years old I was a very driven teenager and I looked up to women such as Edith Head and Sandy Powle.

Do you have any tips for someone looking to get into the same thing as you?

Try and see as many shows as possible. This can be very expense but as students my friends and I would often get standing tickets, your feet will kill but you learn a lot! Hand out your CV in person to as many theater stage doors as possible, shows receive a lot of CVs through email but not many people go in person. Theater is a very people based industry so if you make the effort they will take you more seriously. It is easy to fall into working for free but this can be very damaging to not only to you but to the arts. If you are in full time education then get as much work experience as possible. A great way to do this is to contact designers and production companies as well as mentor programs with theaters.

There are so many jobs you will have to do when working in costume that are not as glamorous as picking beautiful silks or overseeing a fitting for a principal. You have to pitch in to excel and the more eager you are the higher the chances will be to get hired again as well as recommended by your fellow colleges to other productions!

If you could do anything else what would it be?

I have just set up a business with my best friend Caroline which combines my love of sewing, design and style. We are called Selkie Patternsand are currently running a Kickstarter campaign where you can pledge for our debut sewing pattern which is inspired by London as well as sustainable textiles I have designed. It is amazing to be able to grow something that includes all my passions and to be able to have complete design control from the ground up, designing garments and fabrics for a community of creative women is so fulfilling!

What is your favourite sewing tool and why?

My bamboo pointer! I love sewing clothes with collars so this small tool helps create a crisp professional finish.

What are you sewing right now/will be your next project?

I’m sewing up some Jenny overalls by Closet Case Patterns in a navy needlecord. I love how this pattern was inspired by vintage work wear and I cannot wait to wear them roll up my sleeves and get down to business!

A note from us about Selkie Patterns

If you’ve not come across Selkie Patterns yet you can find out more about the new business from their Kickstarter Campaign. Founded by friends Caroline and Alex, Selkie Patterns is all about sewing patterns and textiles, which are designed and produced here in the UK with the environment in mind.

The Sew Down: April