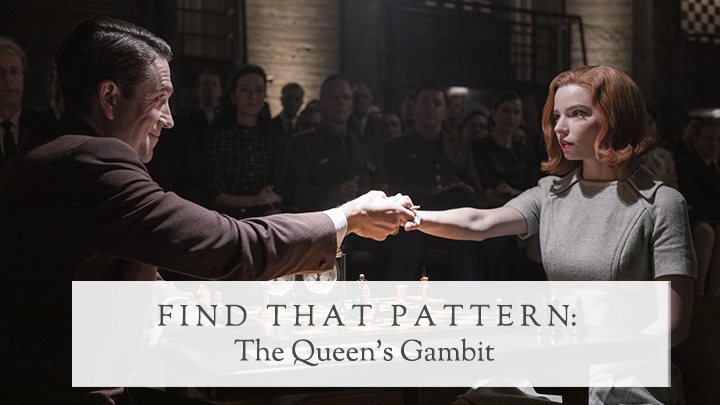 For those of you that have indulged in the Queens Gambit on Netflix then you are going to enjoy this weeks blog! After spending a few nights binging the entire series I instantly wanted to go and find sewing patterns from some of Beth’s key looks. I’m sure you enjoyed being immersed in the fabulous sets and costumes as much as I did and are now itching to recreate some of her looks.

Patterns Featured in the Video: 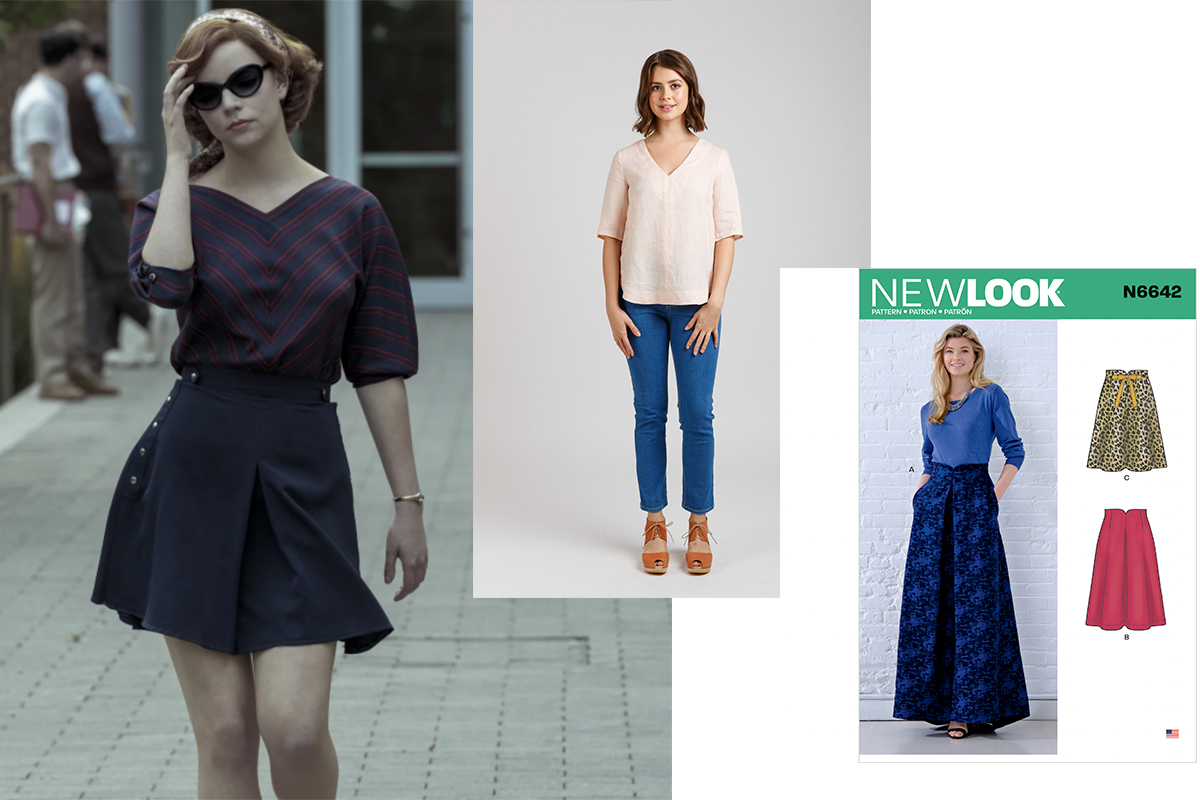 First up we have this fantastic look. I wanted to find a top with a seam down the front so that you could create this look with stripes. The pattern I chose for the top was the Dove Blouse from Megan Neislen. For the skirt I found the New Look 6642 with a dramatic pleat down the front. 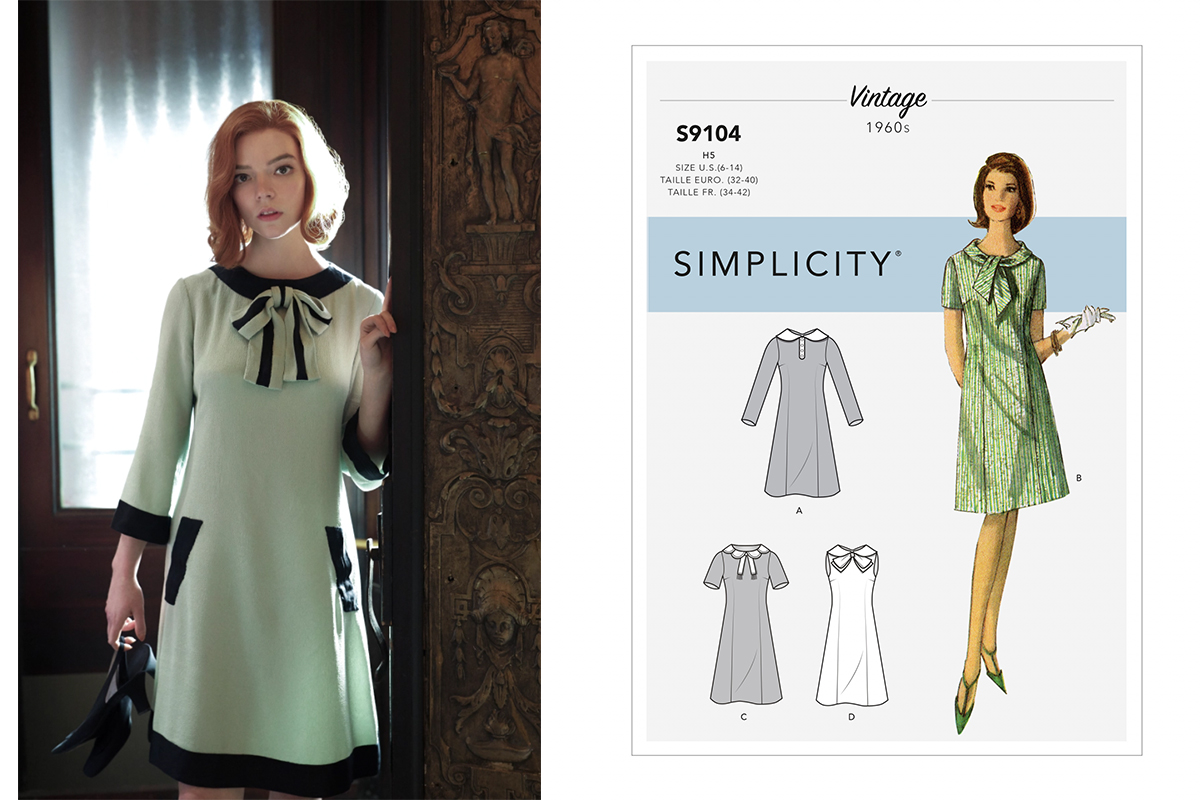 This was one of the most iconic looks in the show and I was really pleased to have found the  Simplicity 9104. It has the same feel as the dress and I think it would be easy enough to recreate this look. Now we just have to find the perfect fabric! 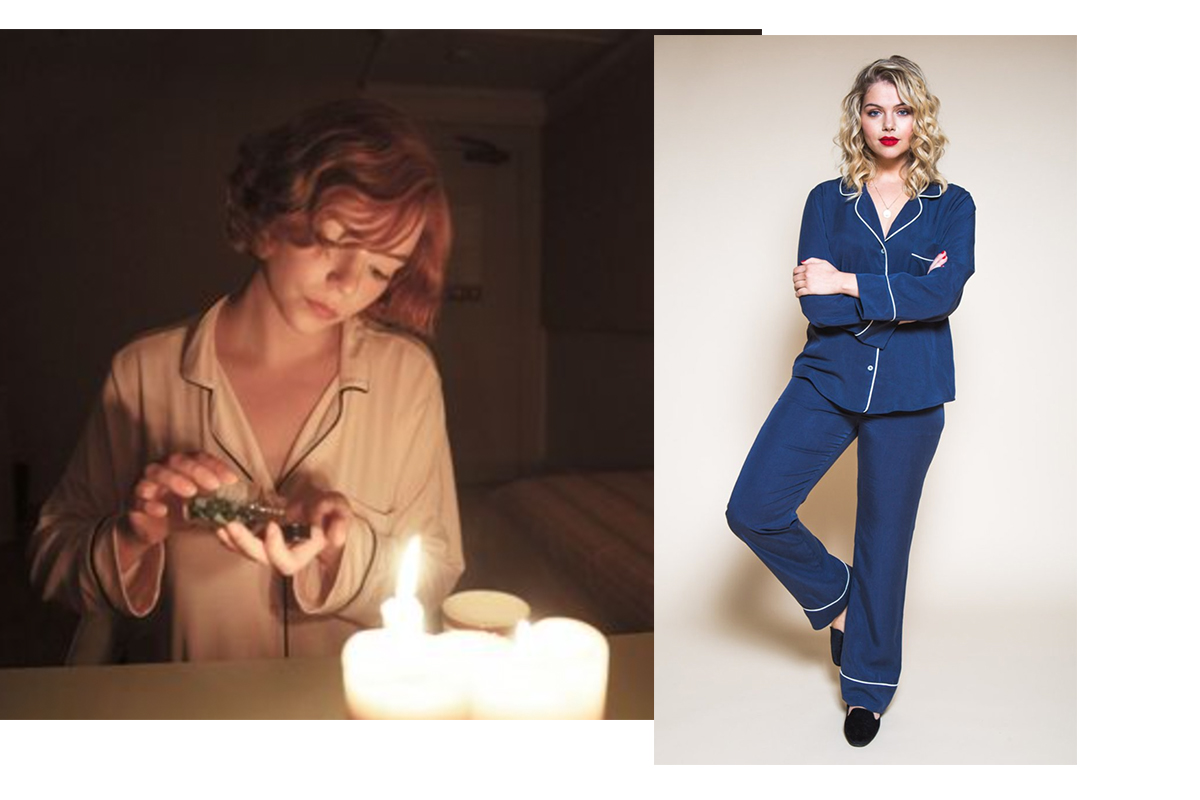 I had lots of requests for hunting out these beautiful pyjamas. I found the Carolyn Pyjamas from Closet Core Patterns, they are almost identical. Who doesn’t want to own a beautiful pair of pjs.. especially at this time of year! 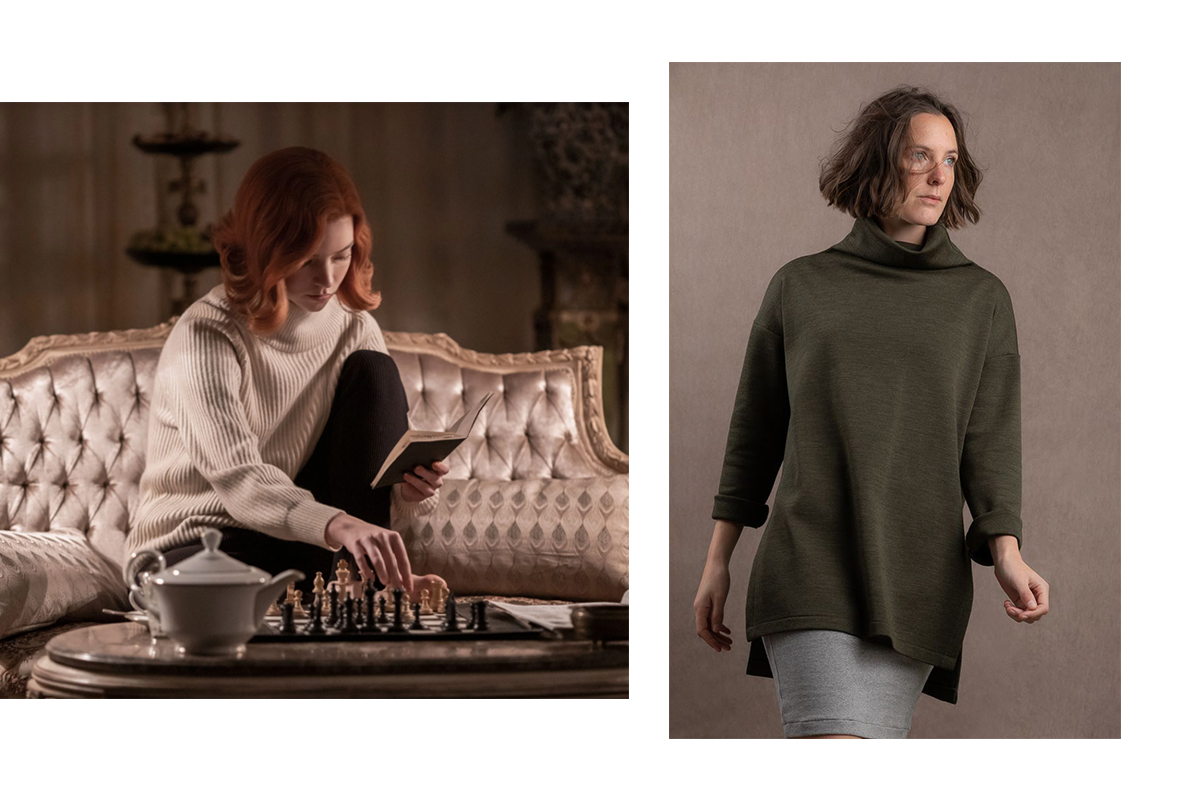 The Jocko Pullover from Ready to Sew instantly sprang to mind when I saw this look. She work a lot of oversized polo necks and I thought this was the perfect pairing. 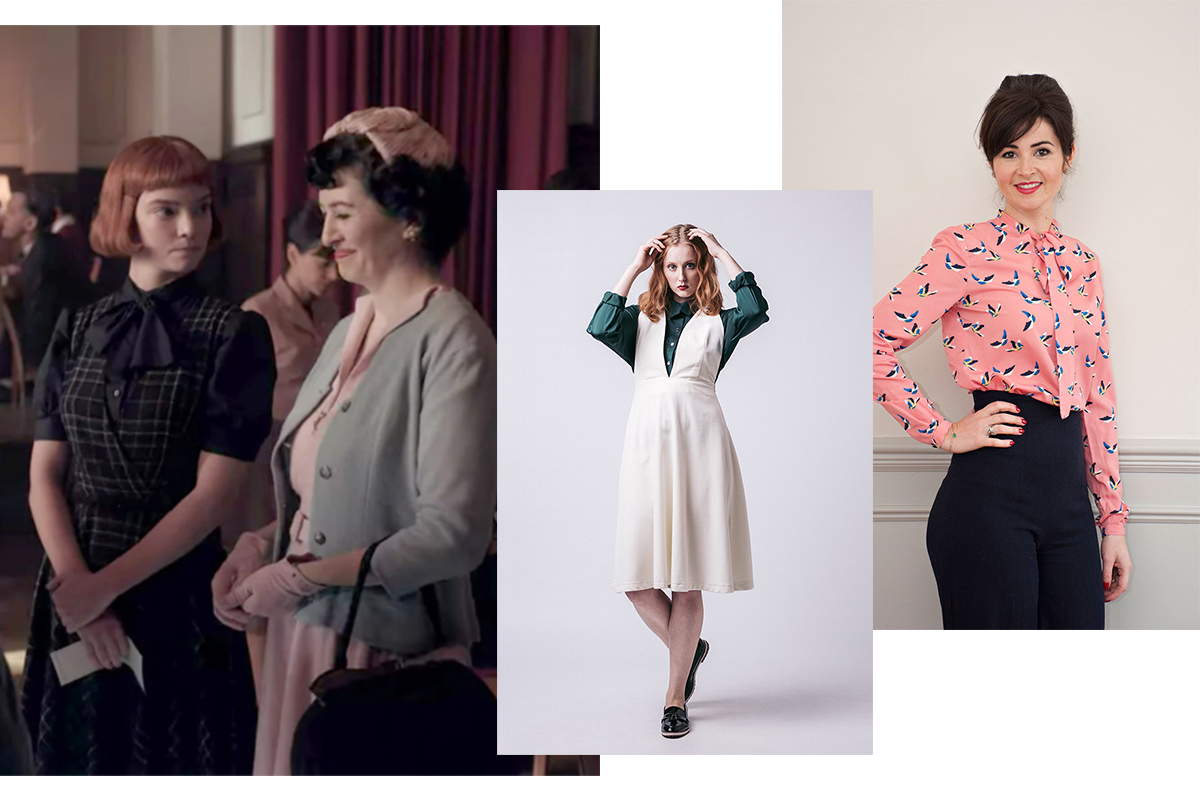 Loved this look that she wore at one of her first big competitions. I’ve got two fantastic patterns that would recreate this look perfectly. The first is the Pussy Bow Blouse from Sew Over It for the top, all you’d need to do is shorten the sleeves. For the dress I thought that the Amber pinafore from Named clothing was pretty close. 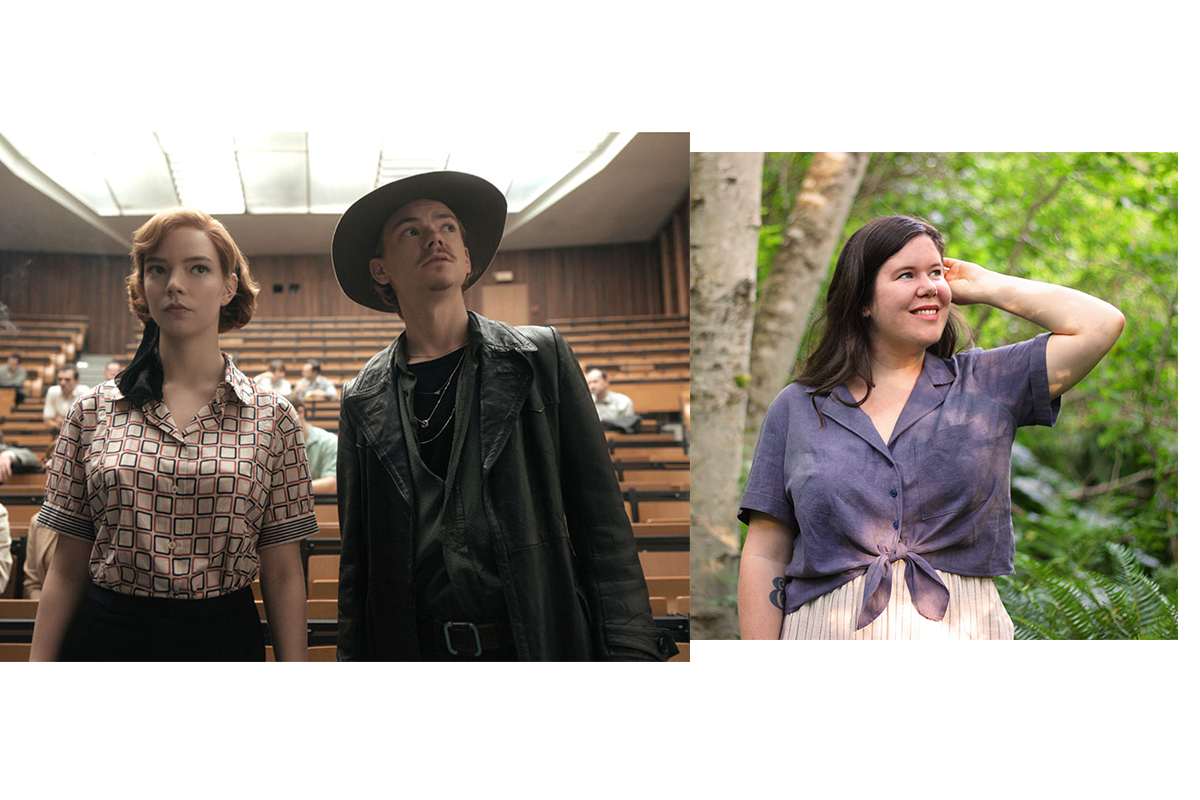 I loved the cropped blouses that she wore in the show and this one looked fantastic. I chose the Gilbert top from Helen’s Closet as I felt it had the feel of the one in the image. There is a variation where you don’t have the tie at the front. 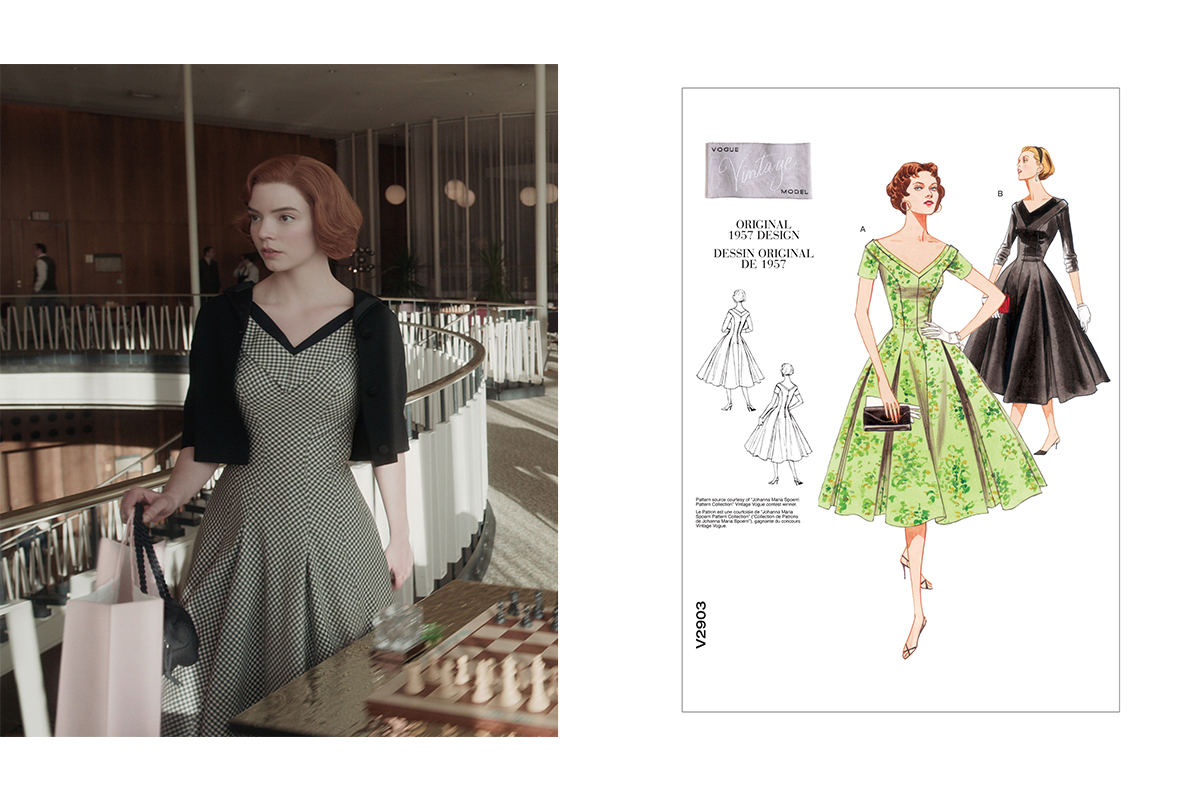 I was really pleased with this one! I love this dress and this that the Vogue 2903 is a pretty good match. It’s got the wide V-neck band, princess seams and pleats that got into the full skirt. 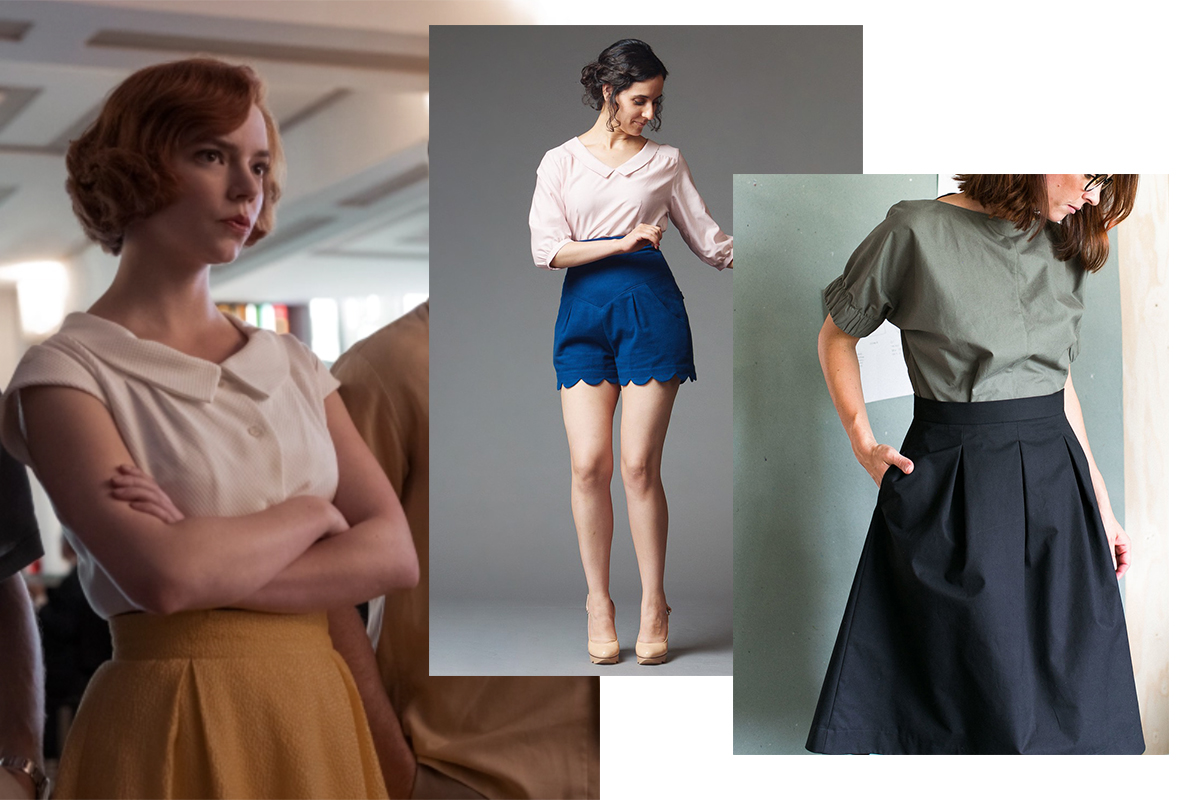 I’ve got two fantastic patterns for this look. The first is the Arielle Blouse from Deer and Doe it’s got a very similar neckline but  sadly doesn’t have the buttons down the front. For the skirt I chose the three pleat shirt from Assembly Line which is high waisted with three big pleats. It would be easy enough to remove a pleat at the front. 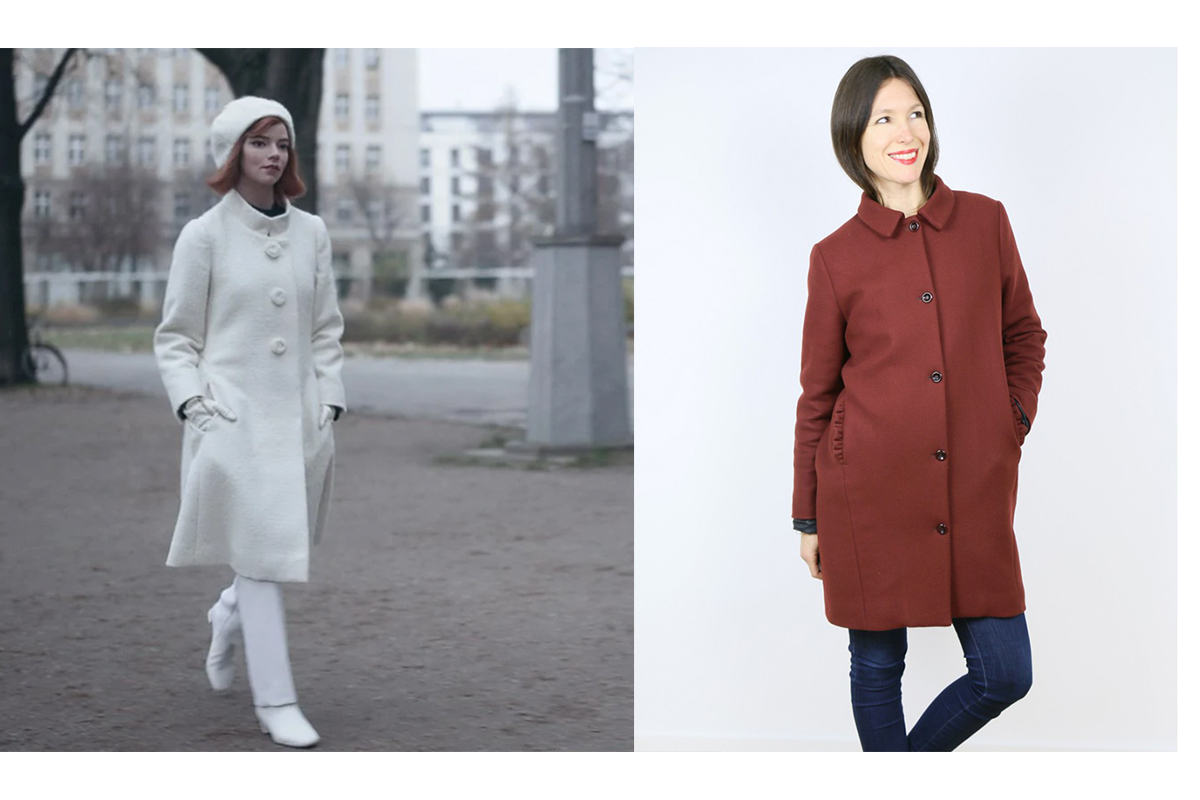 Not a perfect match here but a really good starting point. The Merci Coat from Atelier Scammit is the same shape and you could recreate the big buttons by having poppers to close it.  The collar would need altering, because there is a collar already this would be relatively simple to do. 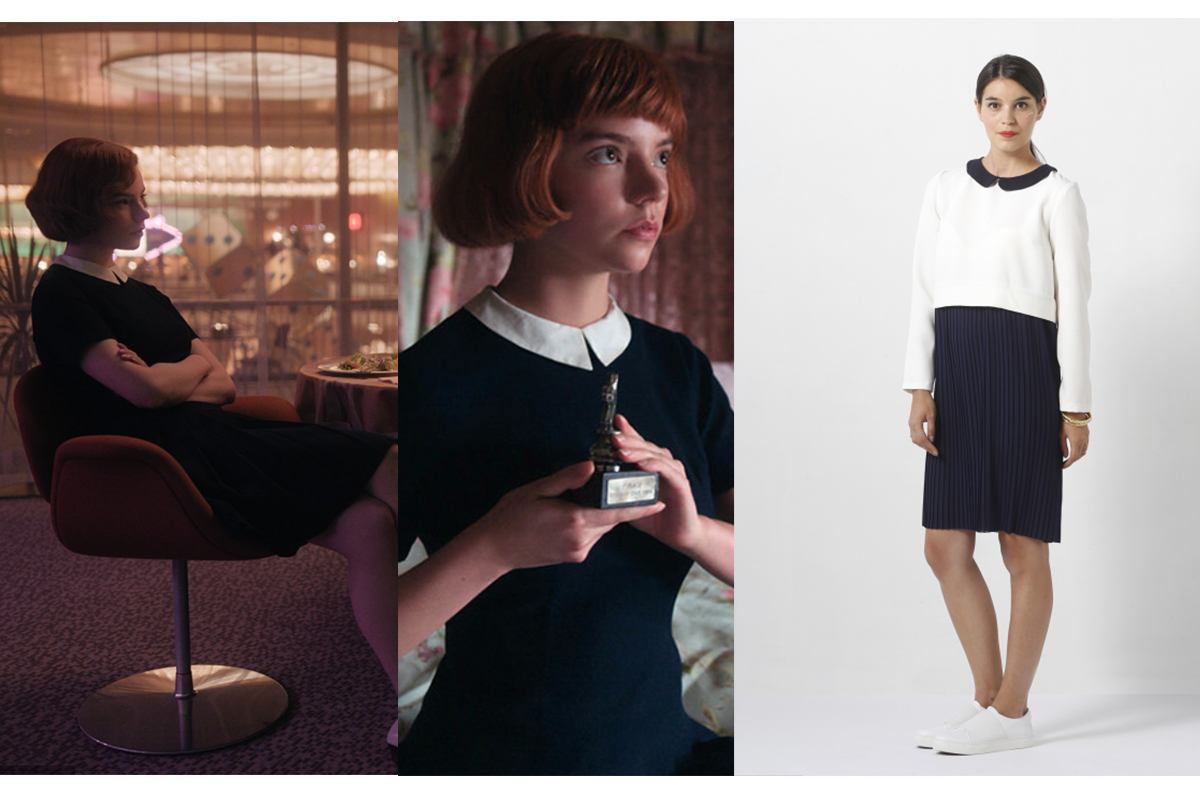 Last but not least we have this fantastic look that was worn twice. This isn’t a perfect match but we thought that the Orion top and dress from I AM Patterns would be a great starting point.

Find that Pattern: The Pursuit of Love

Find That Pattern: The Dig