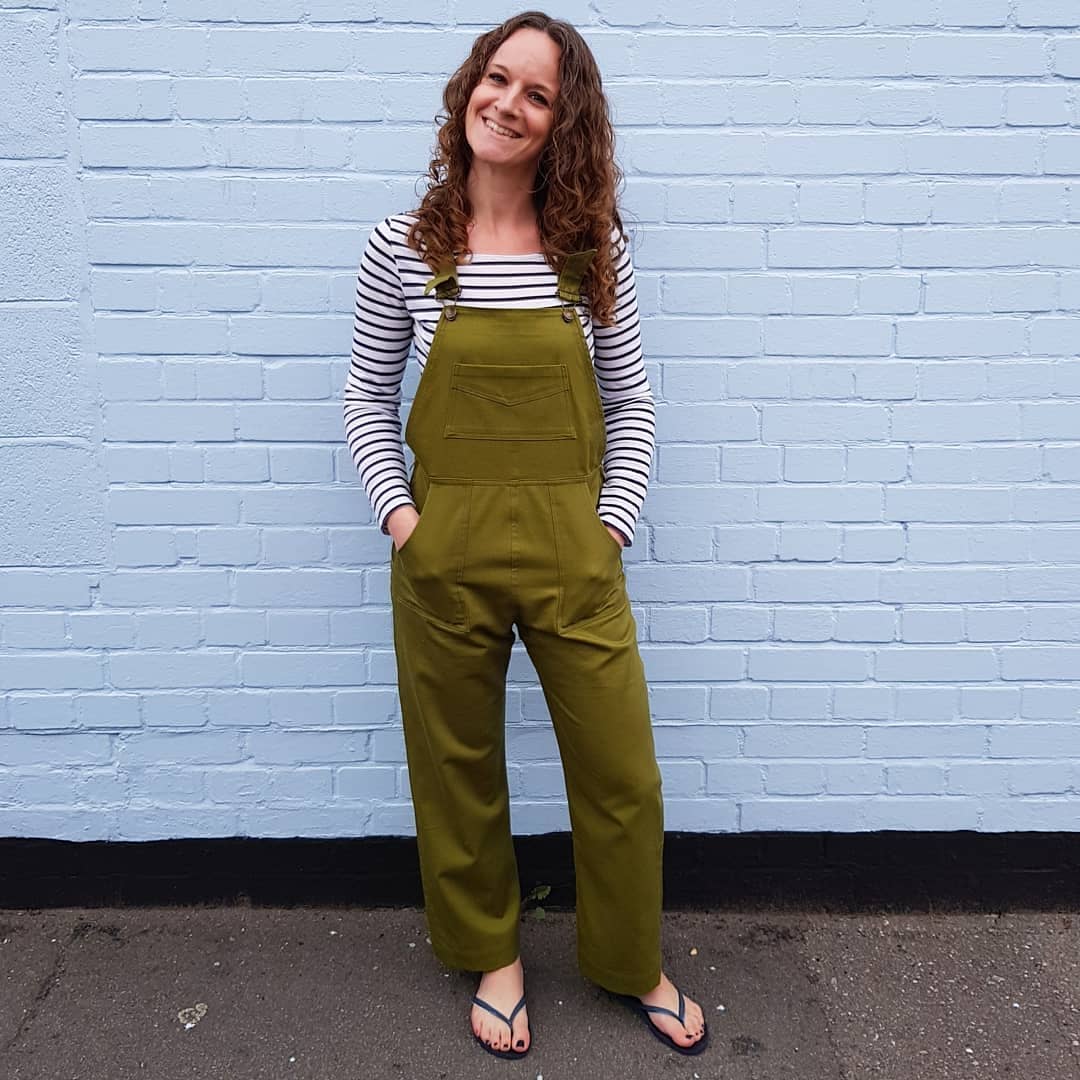 Not the neatest finish.

A review of Turia Dungarees

I really liked the look of the Turia dungarees – the fitted silhouette was more appealing than some other patterns and the zips and pocket details were nice touches. I am pleased with my dungarees now they are finished, but I encountered some problems with the pattern, which is why I have only awarded it 3 stars.

I used some lovely medium-weight Sevenberry twill for my dungarees, which has made them perfect for warmer days as they are not as heavy as something like corduroy or denim. I love the colour, but I have to say that they remind me of a pair of fishing waders – not something I had considered until it was too late! I made a size 38 at the bust and waist, grading out to a size 40 at the hips. I think they fit well, but there isn’t a great deal of ease due to the fitted style of the garment.

I sewed these at the same time as Patsy of @patsypoomakes and we both encountered problems with the pattern. Patsy has been in touch with the designers and written a detailed blog post about this – as a result the pattern has been reviewed and hopefully improved. The problems were minor, such as the seam allowances being missed off the back pocket piece, but it did not make for smooth sewing, which is a shame.

My main issue with the pattern is the quality of finish. Other than a small facing section that covers the area where the straps attach, the front and back bibs are finished by simply overlocking the edges, turning them over once and topstitching. This doesn’t seem very polished or hard wearing for a pair of dungarees (particularly if you don’t have an overlocker), so I spent a great deal of time, energy and thought trying to work out how to finish with bias tape instead. The pattern does suggest a bias tape finish, but there are absolutely no instructions to explain how to achieve this. It was a challenge because the front bib is separate to the trousers, but I managed to do a fairly decent job in the end. I buy patterns so I don’t have to design my own, so I was disappointed that I had to work this out for myself. Needless to say, I won’t be making another pair of Turia dungarees!