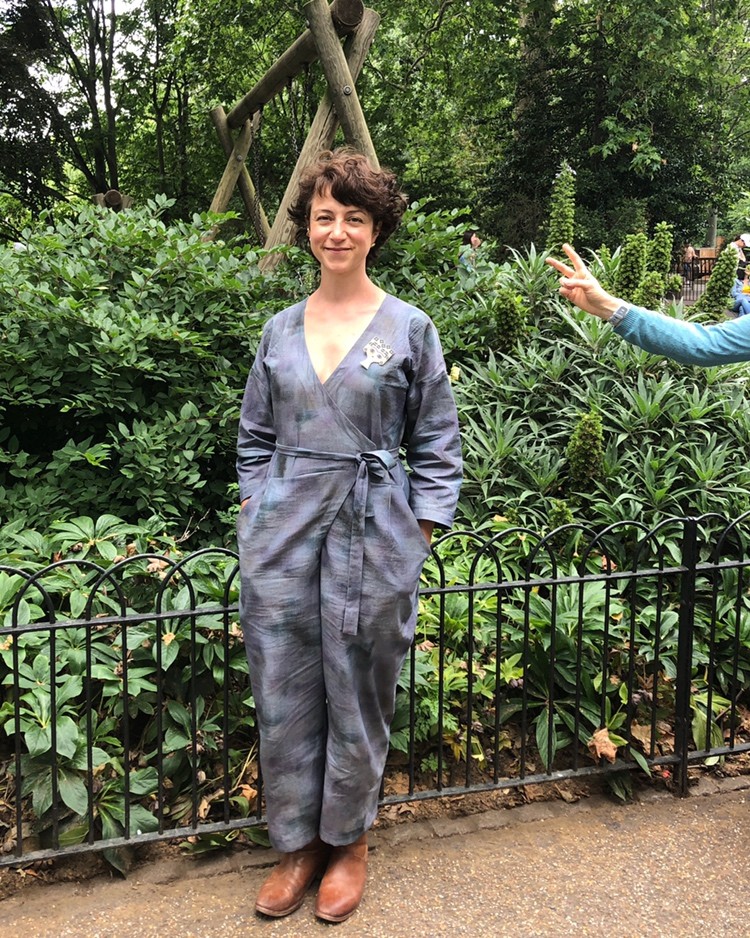 A review of Zadie Jumpsuit

Finished my @papertheory #zadiejumpsuit wearable toile. This was my first wear and I’ve since made some further adjustments as the crotch felt a bit low on me, especially in the back. I made the 10 and am a 34″ bust and 39″ hip.

For anyone who is interested I made the following adjustments to the pattern. I am a little over 5’4″ and took the rise up 2.5″, took the darts in at the back for a simple swayback adjustment, as well as scooped a bit out of the lower back. I squared out the crotch curve for my round ?. I drafted a facing for the opening as I felt the bias binding was going to be too fiddly for me and I also didn’t want to stretch that bias neckline.

I brought the leg width in as felt they were a bit too wide for my frame.

On the pattern for the next version I also took the back shoulder in about a cm on each side for my shorter shoulder width at back.

I plan to add a hidden snap button at front join as it did tend to slide open on me and will also add belt loops at back to keep the belt at the waist. I think this will also keep it from sliding down at the back and creating ‘diaper butt’. ?

Then I feel it will be damn near perfect!!