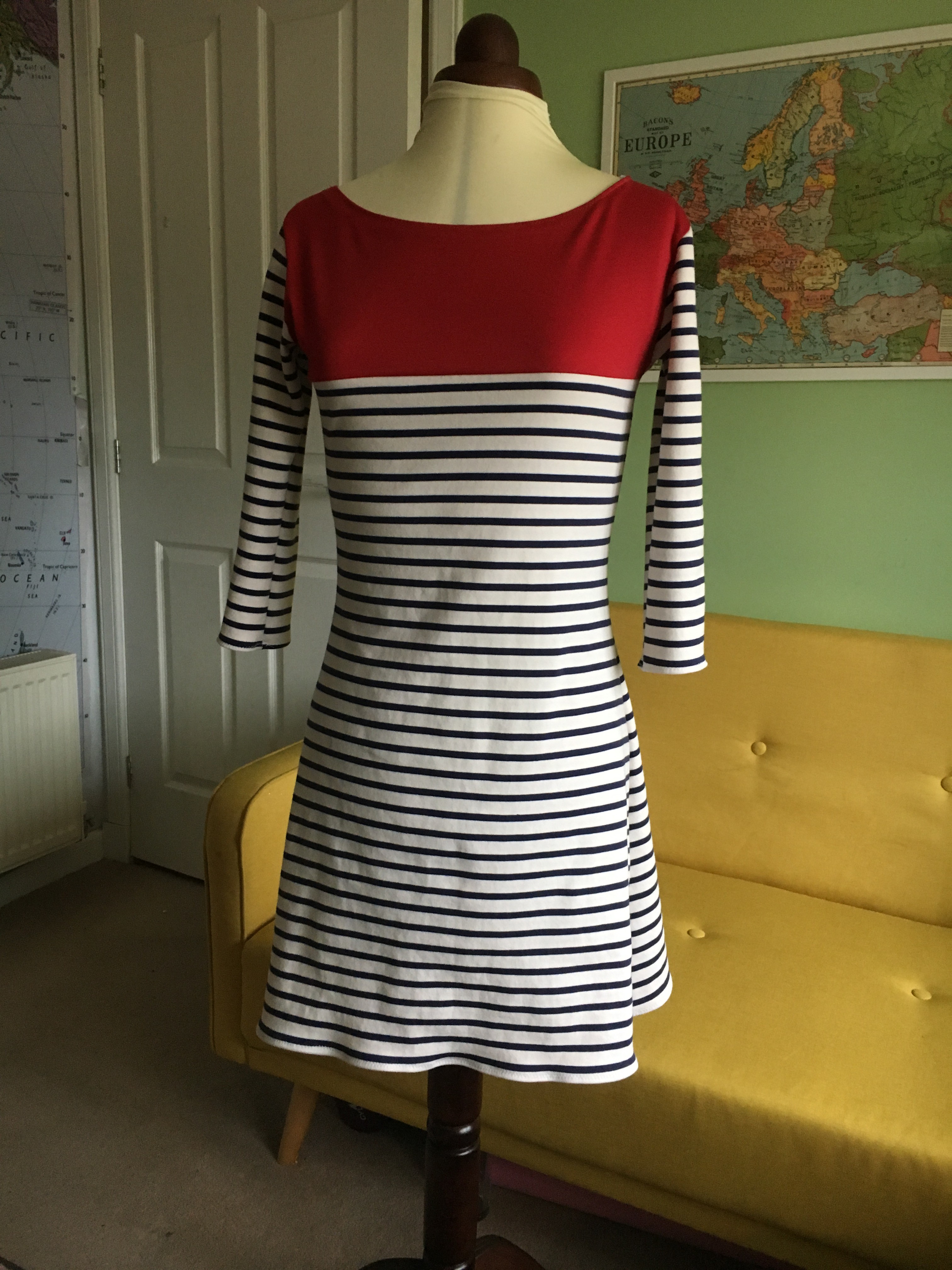 A review of Coco Top and Dress

Reviewed by MandyMcNeil on 5th April, 2018

My first Coco! I suspect I’ll be making many more variations of this but this is similar to one Tilly herself has shown on the TATB blog.

The instructions are easy enough but as someone getting to grips with an overlocker for the first time I made a few mistakes along the way. In terms of fit I knew I would want to make the dress more clingy and less A line than the original pattern. In the end though I made it a bit too tight and I cut off the lower skirt part and it now a very comfy and wearable top!

However, I’ve got enough fabric to make a looser version of the dress and I’ve hopefully learnt from some of my mistakes to get a better fit. I’m going to make it exactly the same but have cut out cuffs in the same red Ponte fabric as the yoke. The stripy fabric is a really lovely navy blue and cream Breton, which is rather thick and heavy weight, making it a good choice for springtime, and nicely matched with a denim jacket.

I’ve put in that it took me all day to make but that’s me as a beginner. I’ve seen people do it online in an hour (after cutting out the fabric, which takes me forever as well!).