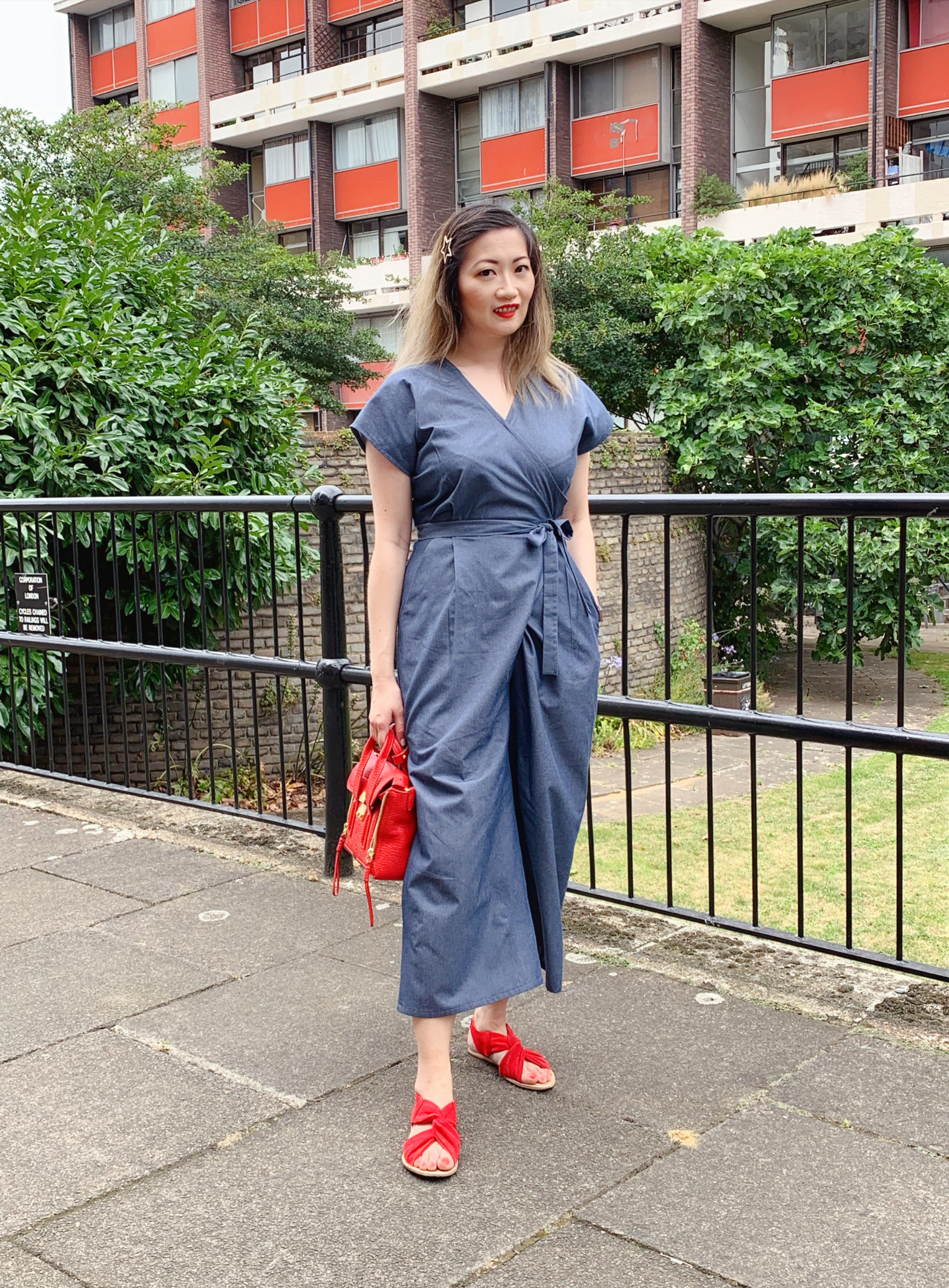 A review of Zadie Jumpsuit

Reviewed by girlswear on 4th August, 2019

I love jumpsuits but I also dislike wearing them (public bathroom factor), but was taken by this pattern as I’ve seen so many amazing garments made from fellow sewists, after deliberation, decided to join in with the ultimate summer uniform.

I made the short sleeve version with navy chambray from Higgs & Higgs. The pattern suggested a fabric-saving layout, but for convenience and laziness, I’ve cut some of the pieces on the fold which ended up using a bit more fabric, good thing I bought extra. I used the continuous bias tape method to cut my bias tape instead.

I measured between size 12-14, after reading reviews decided to make a 12. Shortened bodice by 1” and crotch by 2”. I’ve also used the bias binding on the inside instead of on the outside as the pattern suggested. Should have added a little extra allowance but still ample of fabric to cover my bust. There’s a bit a excess fabric on the crotch, perhaps it was me trying to alter the pattern.

Overall happy with this, might draft a facing instead next time and will do darts instead of the pleats.