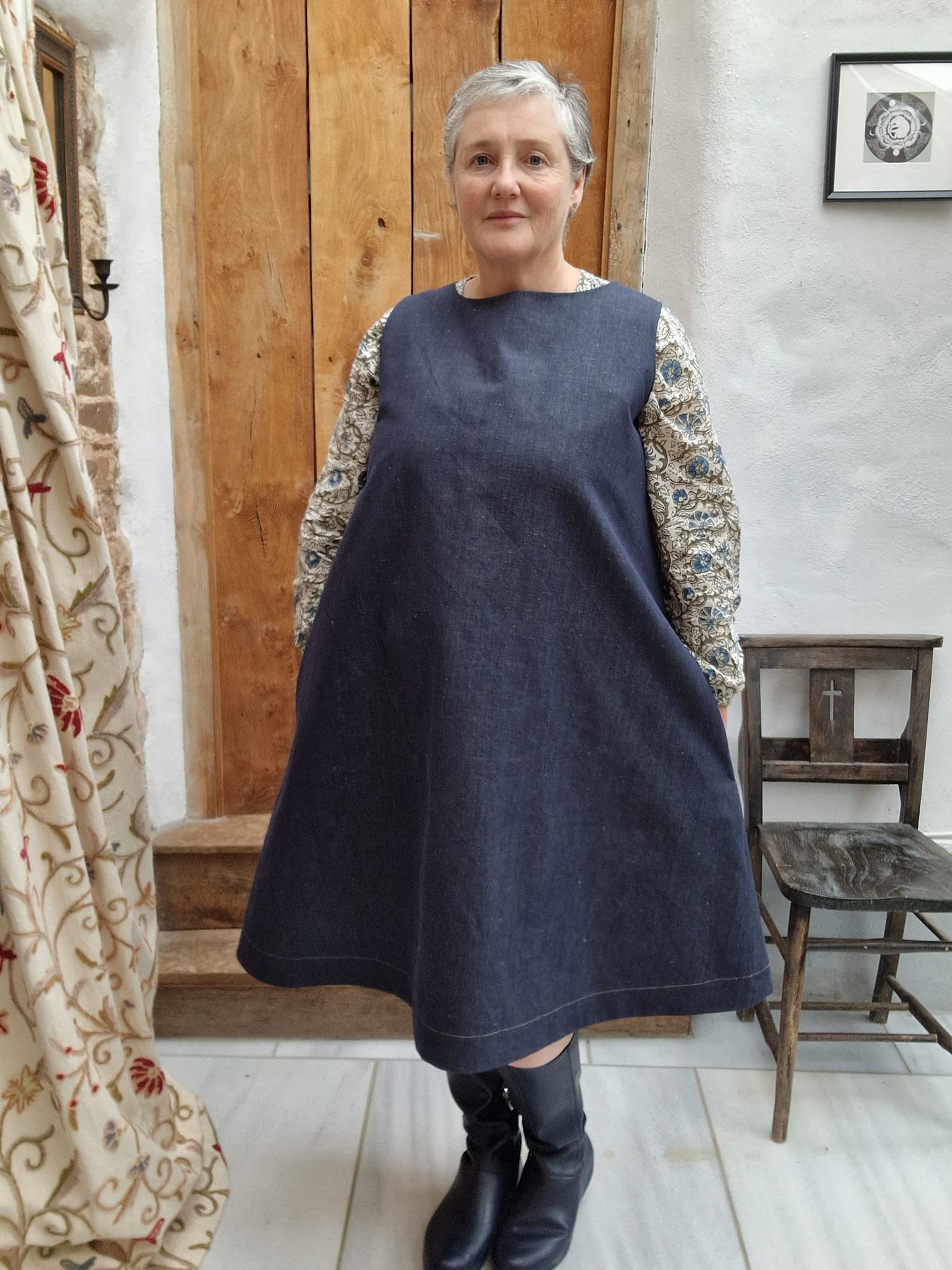 A review of Merchant & Mills The Trapeze Dress

Making this pinafore involved interfacing, bagging out and understitching which were new to me, but it was ok. I used a fairly floppy denim from The Cloth House which they describe as ‘moss backed’, a greeny undertone that I could pick up in the facing. I used the selvage for the back seam to avoid finishing that. As the fabric is 150cm wide I could fit in the front and back more or less the length of the pinafore, 120cm, so have fabric left over for a skirt maybe.

I added pockets, apart from *of course*,  but also helps with the movement when you’re wearing it. The pattern had a notch in the sides which I guessed would be a good level for the top of the pocket, in the event maybe a couple of inches low.

I cut two pieces from the facing material using the pattern pieces as the to hem it, and top stitched that in place. Just as well as if I had foled up the hem allowance it would have been too short (I’m 170cm). I am thinking to add a topstitch at the neck and armholes too but think it might bulk it up a bit. The neck doesn’t lie completely flat but that might be because of my bodging a bit, not much. I didn’t really want to use interfacing (plastic!) but it did mean that I could just overstich the facing edge and it will stick together. If I had been more adventurous I might have simply roll hemmed the facings and done away with interfacing 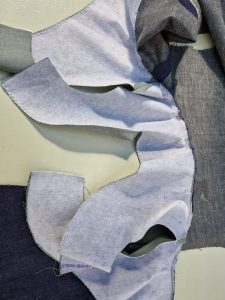 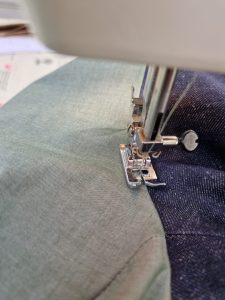 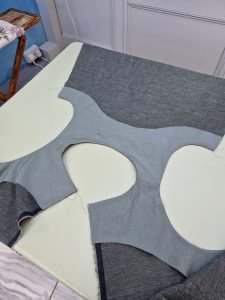 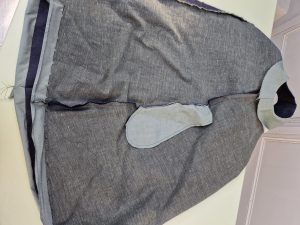 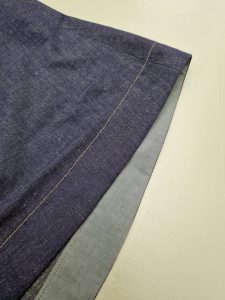 I think this is something I will wear and wear. The blouse is the Zadie shirt, elsewhere reviewed by me, but the pinny be good with a thin polo and cardi. And my new navy boots!