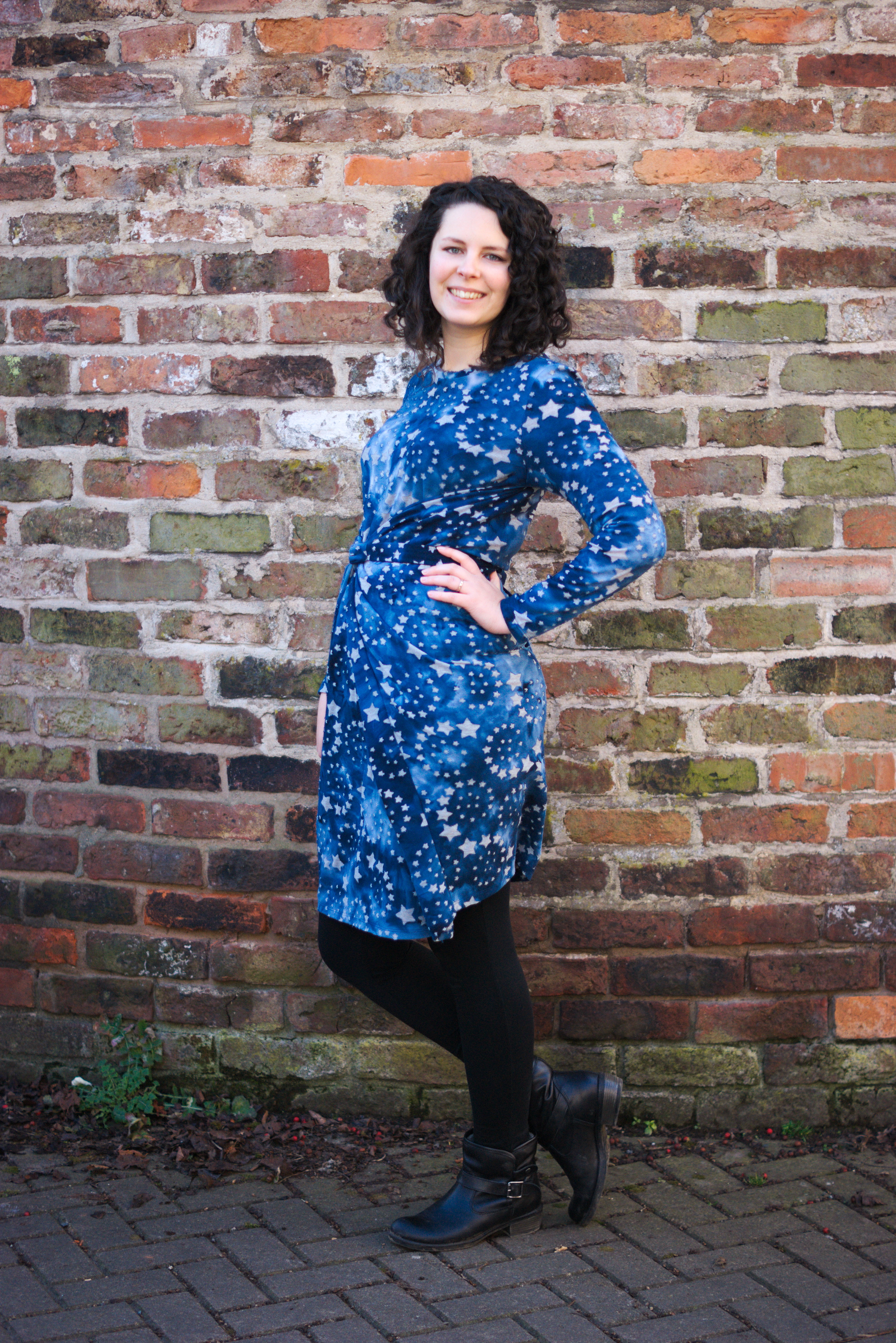 A review of Named Kielo Wrap Dress and Jumpsuit

Reviewed by sewstainability on 5th April, 2018

I made the eternally popular Kielo Wrap Dress from Named Clothing in some fabric I dyed myself. I found it a relatively easy make even though I had never sewn darts into a knit fabric before they didn’t cause me any problems. I chose to sew a shorter length than the pattern as I wouldn’t get much wear out of a maxi dress. I cut the pattern just above where the slit in the back comes up to – thus removing my need to construct the vent at all.
Other modifications I made included – I added a neckband instead of turning under and I used the free sleeve add-on from the Named Clothing blog to make it long sleeved. All of these changes were easy to make and mean that my Kielo is day-dress appropriate and doesn’t look as formal/glamorous as some of the other versions I’ve seen!
The only problem I encountered during construction was the straps, the first pair I cut kept twisting and were impossible to keep straight under the speed of my overlocker. My second attempt which were fully interfaced and sewn with my sewing machine using a walking foot was much more successful!
As this is a pattern review I won’t go into how I dyed the fabric here but all the details are on my blog ‘Sewstainability’ for anyone who is interested.