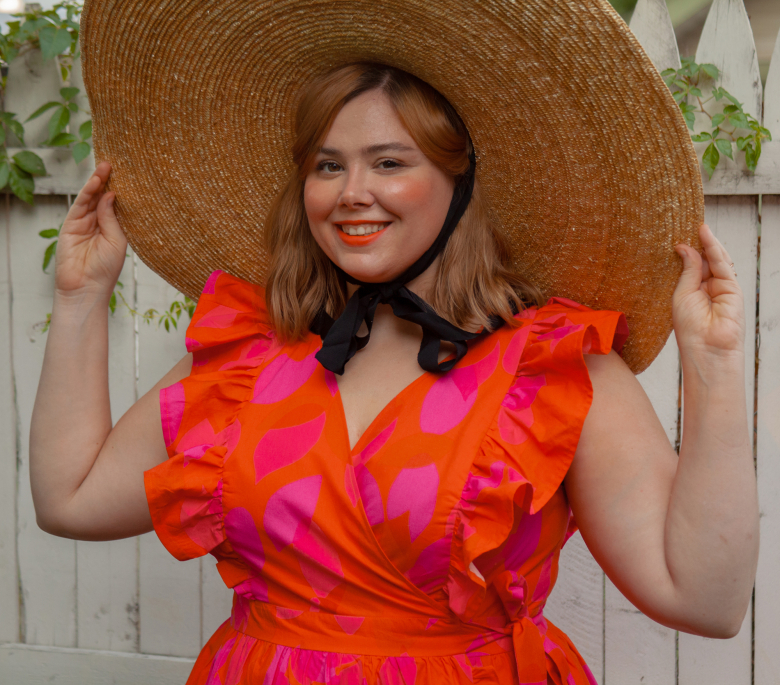 A review of Bella Loves Patterns Flor Dress and Top 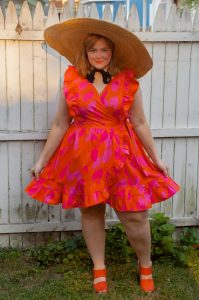 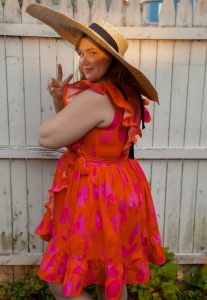 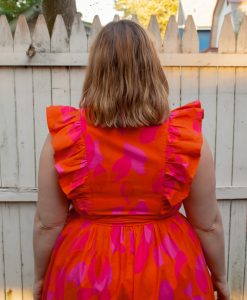 I test-sewed this dress pattern for Bella Loves Patterns during 2020! Since I was a tester, the version of the pattern I worked with was different from what was released, which fixed lots of fit issues that I and other testers experienced. This dress was meant to be a wearable muslin/toile, and I used an IKEA duvet cover from the early/mid 2000s that I got secondhand.

I made the size 18, except for the very front bodice pieces, which ended up being in between a size 12 and 14.

During the test, I had to rework the front pieces a lot in order to fit my bust. Though the designer had FBA pieces, the initial testing sizing was off by having too much ease, especially in the larger sizes. So after the dress came together, I realized how much gaping my first version had. So I had to gently disassemble the dress and cut new front pieces with a different shape to fit my bust. Luckily I didn’t have to change must of the rest of the bodice in order to fit my chest without gaping! The fit across the french seams was perfect aside from the 2 pieces that wrapped, which as I mentioned earlier, I resized closer to a size 12 or 14.

Modifications
– Instead of the maxi dress with one big ruffle, I cut the skirt at the lengthen / shorten line. I also cut a curve out of the front pieces, then did 2 small ruffles along that curve. It was inspired by a wrap dress I saw from McCalls that didn’t have great reviews, so I borrowed the skirt idea and merged it with this dress!
– shortened the front pieces by 2″ despite having a long torso. After shortening, I also had to change the diagonal length of the front wrap pieces so that they would fit the waistband width.
This website uses cookies to improve your experience. We'll assume you're ok with this, but you can opt-out if you wish. Cookie settingsACCEPT
Privacy & Cookies Policy