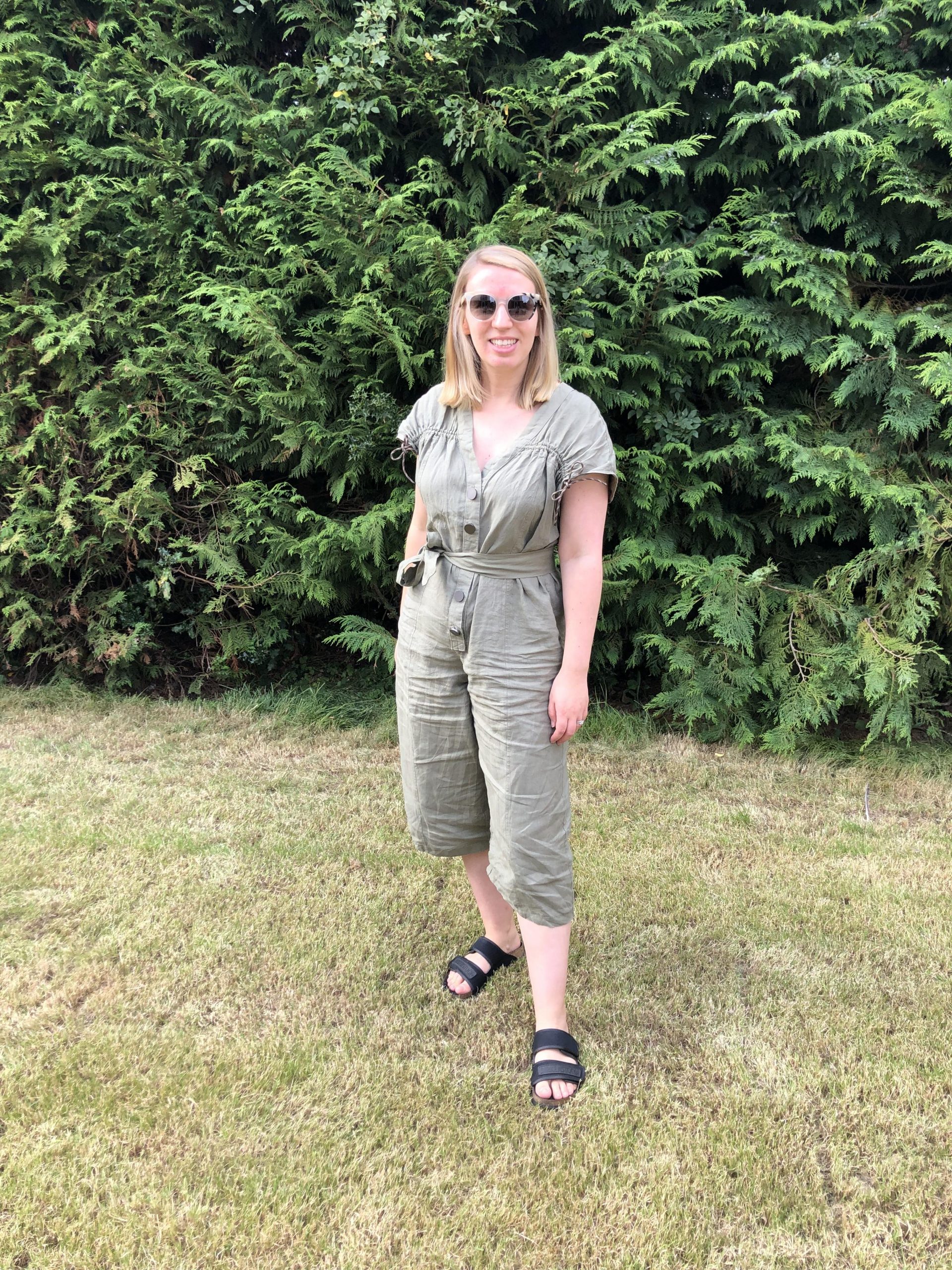 A review of McCalls Romper and Jumpsuit M8154

Reviewed by elliefoxton on 4th August, 2021

This is a relatively straightforward pattern, that would be good for anyone who doesn’t want to do too much fitting. The loose shape lends itself to an easy fit. I made the included belt to tie at the waist, but would consider lengthening it and making belt loops for another version.

I chose to use flat felled seams in keeping with the utility style of the pattern. This only caused me an issue for the front yoke attachment, as I did the seam first and then realised that the seam allowance is used as the cord casing. I cut a facing and used that to house the cord above the seam, which worked fine.

This was my first time using cord and so burning the ends seemed scary but it was actually very easy. I have tied the cord ends in a bow but am considering buying a toggle. I also think elastic would work well here.

Overall I enjoyed the construction of this pattern, the button placket is interesting as it gets folded onto the outside but I found I got a very neat finish where it meets the crotch seam so I was pleased with it.
The only negative is trying to read through the various versions to find the relevant instructions. All of my instructions were at the back so I was winging it at the beginning convinced I was missing something.