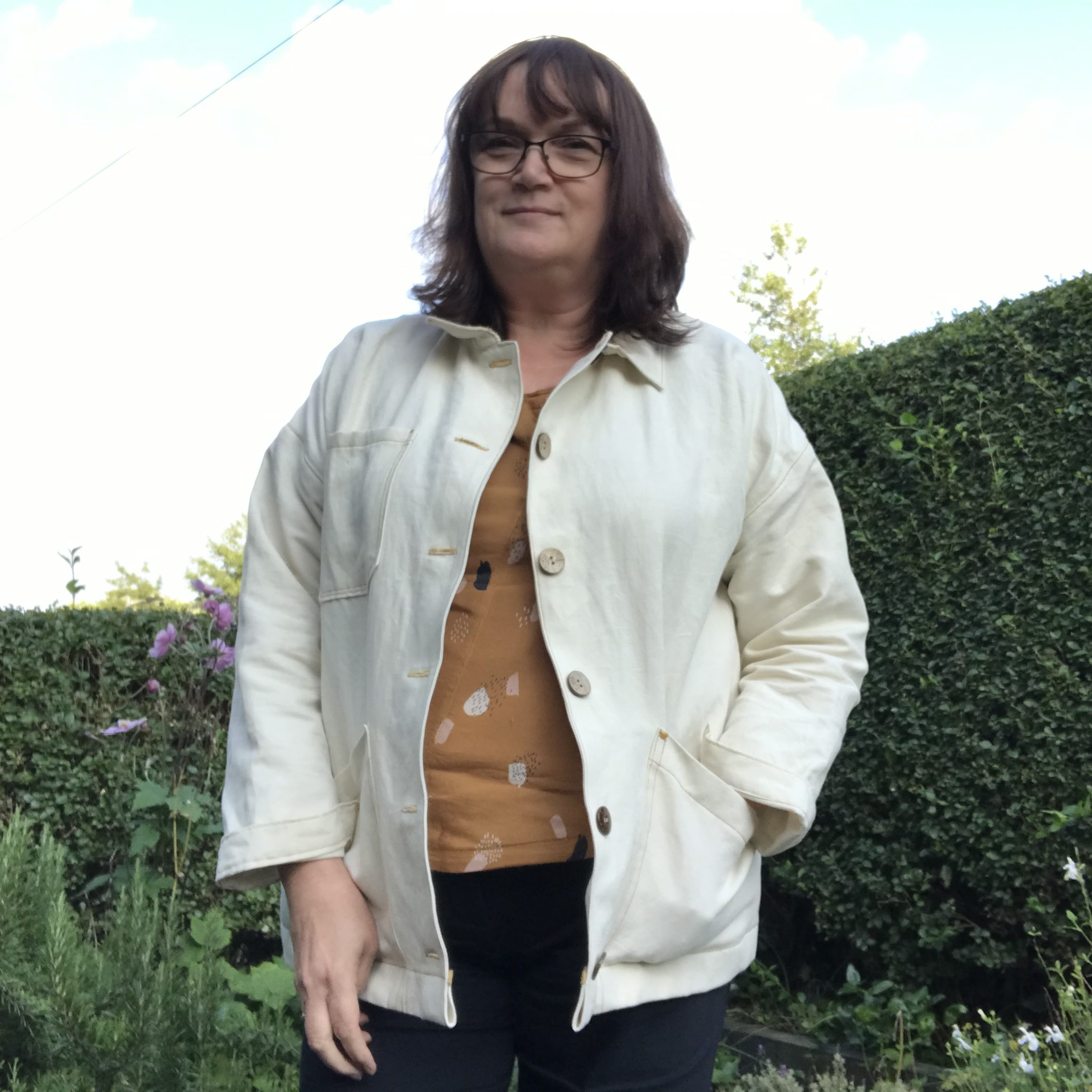 Far from a chore

A review of Julien Chore Jacket

Reviewed by Eversewoften on 12th August, 2019

I had been meaning to make this jacket since its release in Spring. I found the perfect cream cotton and linen blend cream canvas for a bargain £5 per metre back in May but then summer came and the temptation of sewing all the beautiful bright linens in my stash was too great.
I finally got around to making a wearable toile this weekend. The style is boxy and functional and I felt there was more ease in the finished garment than I was expecting. I combined the cream canvas with ochre top thread and used scraps of ochre cotton lawn for bias binding to bind the seams. Construction was very straightforward though I was momentarily puzzled by the instructions for the back pleat. Ready to Sew have excellent instructions, far more detailed than other French patterns I have made previously. I thought the method of adding the cuffs was clever, though the cuffs were rather narrow in proportion to my buttons. Since my fabric was quite bulky I avoided the French seams and also turned the hem just once with the raw edge once again bias bound. Time taken overall to complete this jacket was about nine hours over two days, so less than suggested in the description.
With the first hints of Autumn this morning I was so glad to have this casual jacket to slip on with its roomy front pockets. I can’t imagine wearing it buttoned up but I do like the coconut shell buttons I’ve used as a contrast against the pale fabric. If I made another version I would size down.