Happy Sunday gang and welcome to the first Sew Reporter of 2022! We are feeling refreshed after a little break and ready to kick start a new year with (you guessed it!) some sewing! We are pleased to share that you can now pre-order the spring edition of Tauko magazine from the shop which will be released and shipped on the 17th of January. The first issue of this wonderful new magazine flew off the shelves and we think this one will be just as popular!

Hands up if you were gripped by the big BBC drama of the festive season? Now hands up if you found yourself so distracted by the incredible costumes you need to watch it again for the story? I knew I was in good company! The three-part BBC series followed the scandal that embroiled the Duchess of Argyll in the 1960s when her divorce proceedings with the Duke of Argyll hit the tabloids. A Very British Scandal stars Claire Foy (who plays the Queen in the Netflix hit The Crown) who was absolutely incredible at the Duchess and the costumes caught my attention from the very beginning.

One of the first items on my to-do list for the year was to find patterns that replicated a couple of the things the Duchess of Argyll wore in the programme, so I thought I’d share them with you lot!

There was one combination that truly captured my heart, a stunning tobacco-coloured coat worn with sleek tapered, belted trousers and an achingly cool shirt. I really loved the way that the pieces were worn multiple times in different combinations rather than new each scene.

The coat was a very classic silhouette for the period and one that never goes out of style. I found the Simplicity S8509 and S8980 which are a good starting base for recreating this look. You could also use the Marilla Walker Honetone Coat and size up to get this look. If you find match for this gorgeous tobacco-coloured wool, let me know 🙂

The Duchess has so much style and I am rather partial to a slightly oversized shirt tucked into things so I’d love to recreate the tailored trouser look. I found three options that have the same effortless cool that she demonstrates in that outfit. The Cynthia Blouse by Vikisews has a lovely loose fit and the perfect amount of volume above the cuff. I already love the Phen Shirt by Pattern Fantastique which gives off a very similar vibe, and the Misha Shirt by Lenaline Patterns has some lovely details that elevate the design.

The trousers that complete this look are just so chic and I found a few patterns that have a similar feel to them, you’d just need to make a belt to match! The Portobello Trousers by Nina Lee exude a similar attitude, just with a wider leg that you could slim down to achieve the tapered leg as with the High Waisted Trousers by The Assembly Line. The Vogue V1829 are very similar to the chic pair the Duchess wore so they would be an excellent choice if you want a close match! 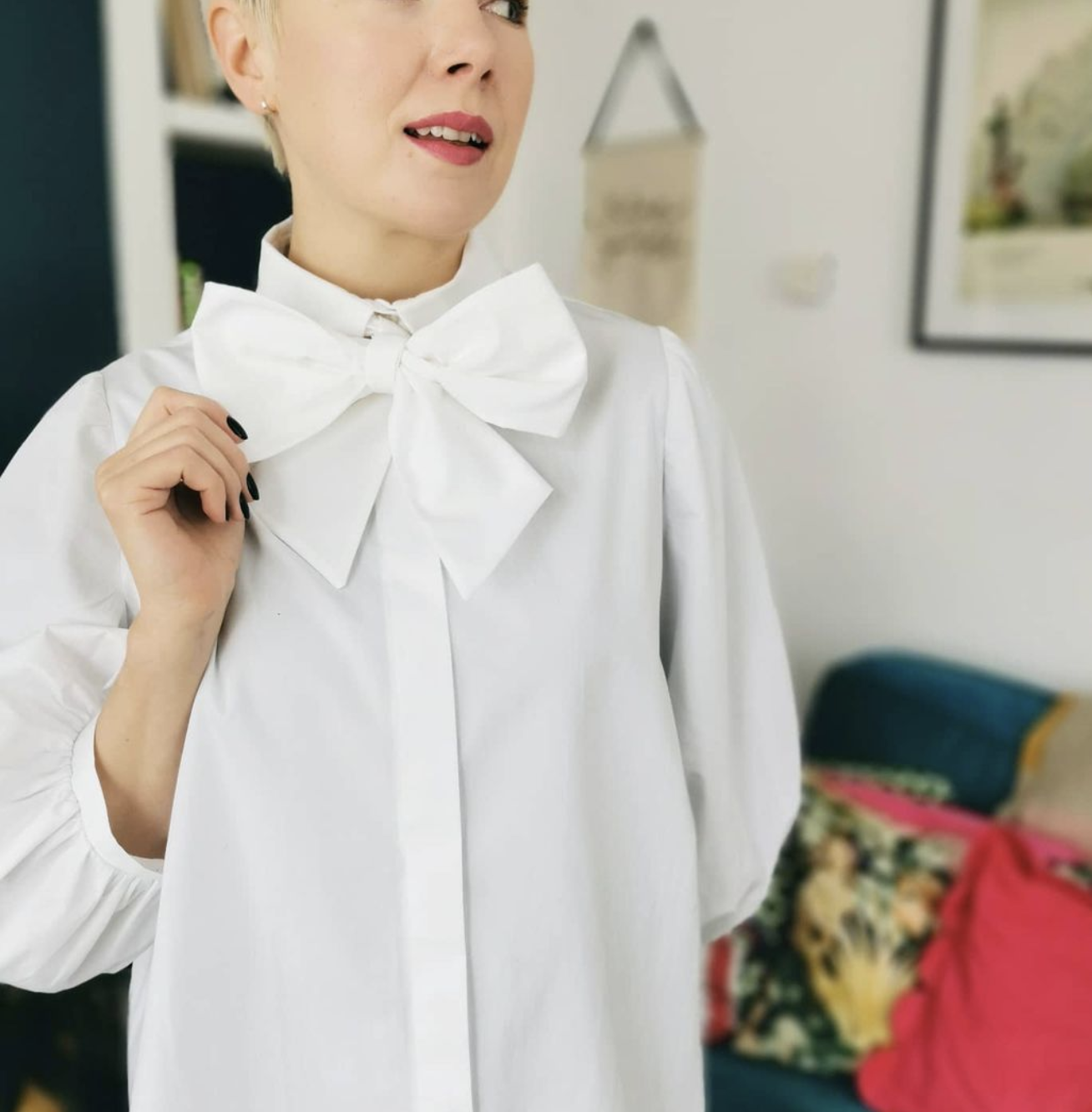 Here’s a little necktie appreciation for you… we made sure to save this incredible make for future inspiration! Alice added this chic bow (and shows a few other necktie options) to her Irma Shirt by I AM Patterns which instantly transforms the shirt into something new! Check out @the.polka.dot.palace on Instagram to see and this blog post where Alice shares a tutorial to create your own fab neckties! 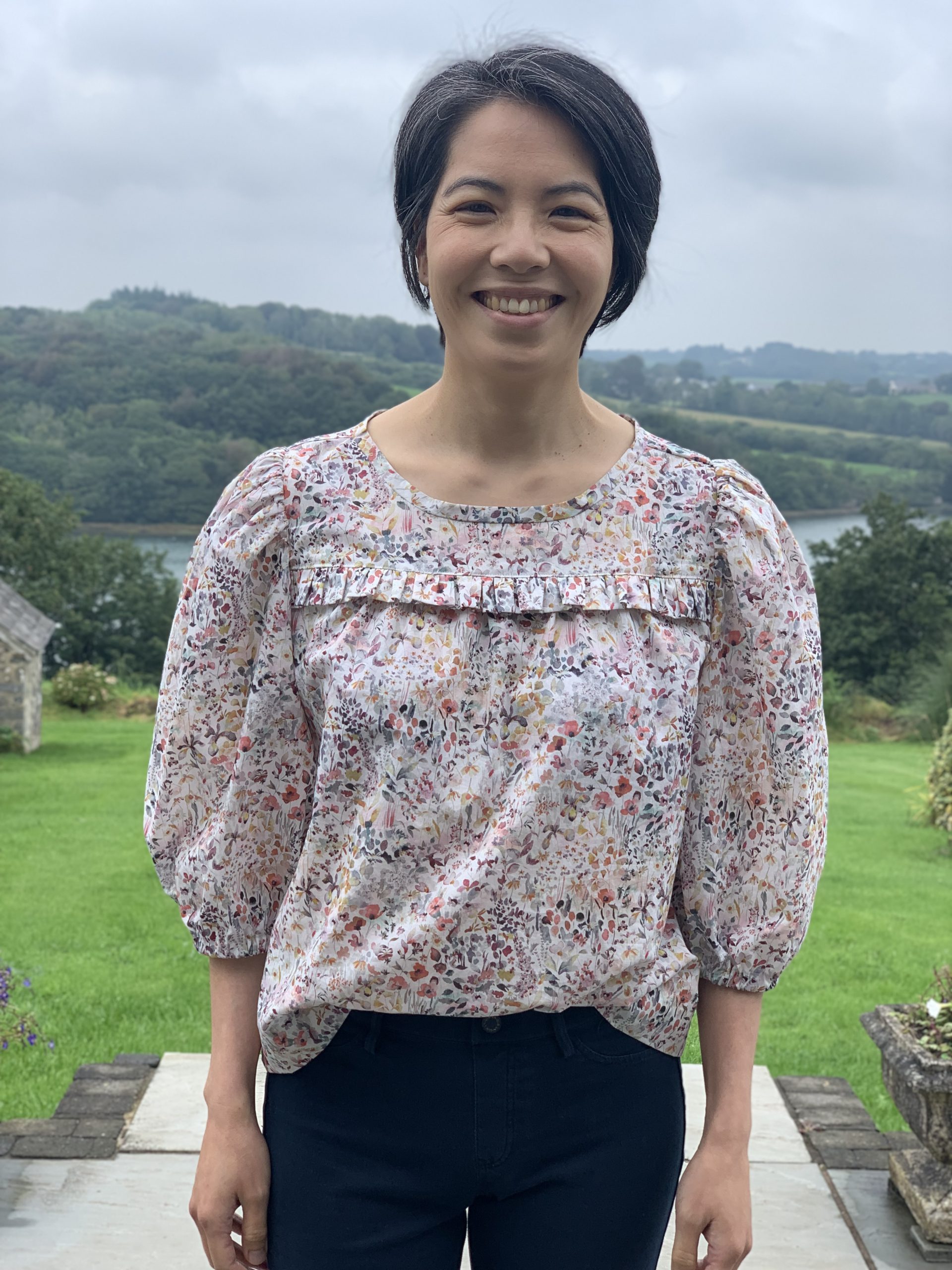 This is a make that banishes those January blues, it is just so cheerful! MingMakes sewed the Sagebrush Top by Friday Pattern Company in this delightful floral which perfectly compliments those ruffles. This is a detailed review that you won’t want to miss.

If you want something to look forward to, we are pleased to share that you can now pre-order the spring edition of Tauko magazine from the shop which will be released and shipped on the 17th of January. The first issue of this wonderful new magazine flew off the shelves and we think this one will be just as popular!

Do you already have a specific design in mind? Or do you need some help finding the perfect pattern for your fabric? You can search all the patterns in our database using our newly updated sewing-specific search tool. 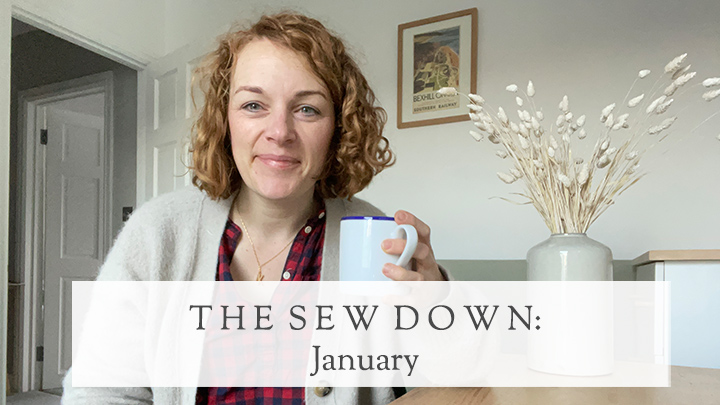 Kate is back with the first Sew Down of the year – yippee! This is a monthly roundup of some of the interesting stuff we have found, bought, read and watched in the world of sewing. Enjoy!

If you enjoyed A Very British Scandal on the BBC, you might enjoy some further reading on the costumes from the show! We enjoyed this article on Vogue which shares details of some of the sumptuous looks (there were 85 for three episodes!) by costume designer, Ian Fulcher. We also read this Grazia article that looks at why the clothes in this programme are so significant. 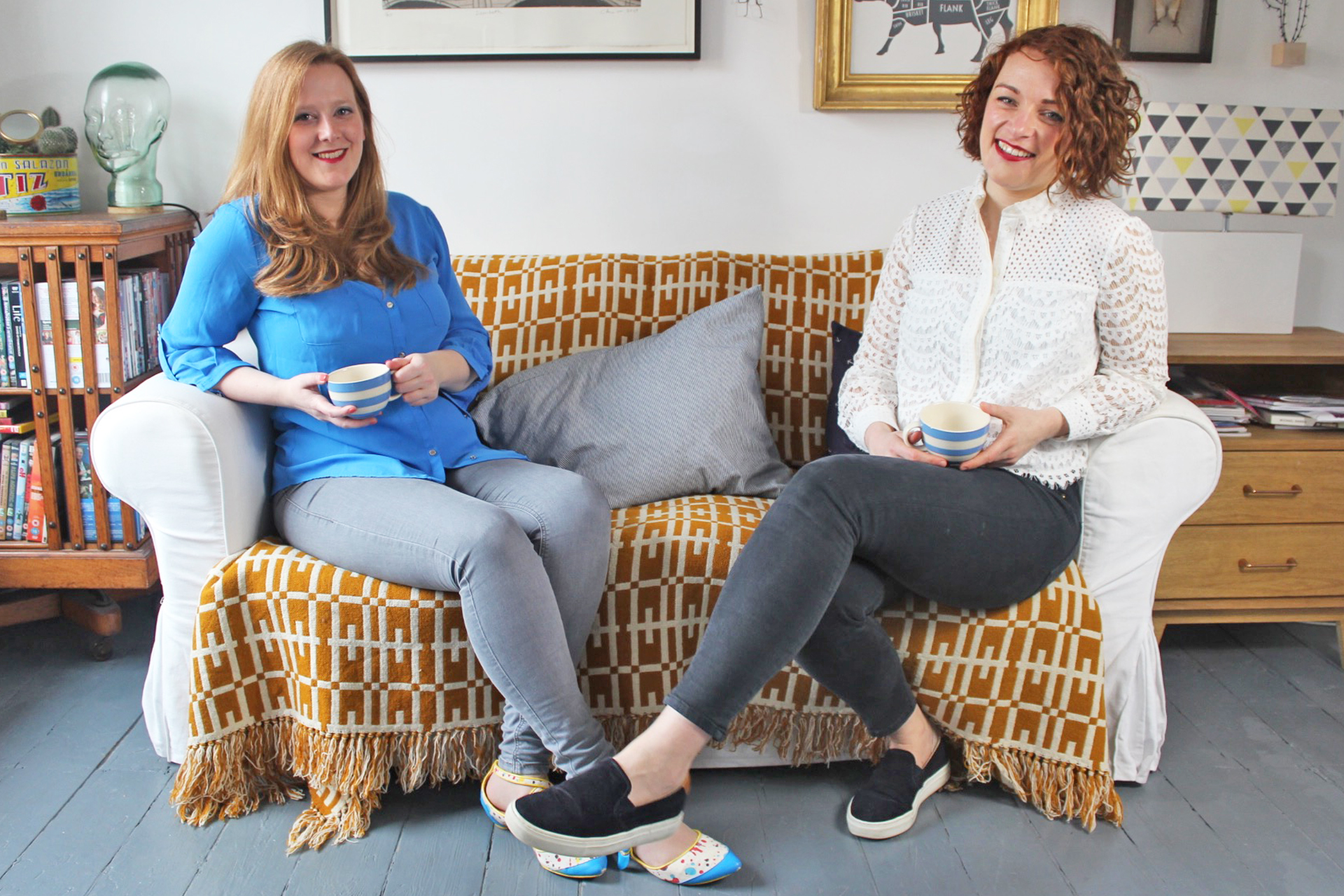 Come and join our sewing Facebook group where we are chatting about sewing plans, new patterns and helping each other out with projects.